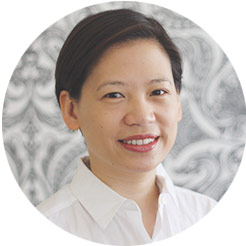 I started as a business consultant after attaining my Masters in Organisational Psychology (University of New South Wales). While leading teams on various projects, I have had the opportunity to work with adults from various organisations and interacted with adults representing different levels of the organisation (from entry level adults to CEOs). Through these interactions, it was apparent that academic success did not directly translate to success or happiness in work and life. I often came across adults and leaders who were so buoyed down by stress and responsibilities which then affects their work and their relationships with others. Adults who have attained “success” but who do not feel happy or fulfilled.

At the same time, through helping out in schools, I also noticed young children being so overwhelmed by school. Children as young as 7 years old, suffering from low morale and low self-esteem as they feel “judged” by the academic system as not being able to make the grade. These children then turned to other coping mechanisms that are physically and mentally unhealthy.

It was due to these experiences and observations that I set up Nurturing Nature. I believe that kids innately have the potential to attain academic and social successes. All they need is some clarity, direction, and tools. This toolbox of life skills will not only promote success in school but will also support success in the future as university students or working adults.

I am honoured to have trained with two wonderful and brilliant mentors:  John Andrew Williams and Gretchen Wegner.  I had my first “aha” moment when I came across John’s Academic Life Coaching Programme.  A particular message resonated with me:

“Grades are just a reflection of study habits and systems adopted-Change the system, change the grades.”

After working with Gretchen and John, and after many personal “aha” moments while training with them, I am so excited to now work with teenagers and young adults; to introduce these concepts and tools to them so that they too can achieve these “aha” moments, and most significantly, that they are able to have a successful school life and move on to a rewarding and self-fulfilling adulthood.

Marion is certified in 2 proven programmes

The Academic Life Coaching Programme was designed and founded by John Andrew Williams. He has also written for Newsweek and published the book Future-Proofed: Your Guide to Acing High School, the College Application and Beyond. He created the Academic Life Coaching Programme in 2005 when he realised there was a big gap in what students were learning in school and what was really useful in life. Marion has worked with John and is now a certified Associate ALC Coach.

For more on John Andrew Williams

Background to the Anti-Boring Approach to Powerful Studying™

The Anti-Boring Approach to Powerful Studying™ was created by Gretchen Wegner.  The Anti-Boring Approach to Powerful Studying™  offers concrete techniques for becoming a productive learner.  These techniques are increasingly supported by cutting edge research in the neuroscience of learning and there are too many incredible sources to list them all here.  However, nowhere is this research better summarized than in the book Make It Stick: The Science of Successful Learning by Peter Brown, Henry Roediger III and Mark McDaniel (Harvard University Press, 2014).  Students often have study habits and routines that turn out to be counterproductive.  Underlining and highlighting, rereading, cramming and single-minded repetition create the illusion of mastery, but gains fade quickly.  Make It Stick explains the process of how memory is encoded, consolidated and later retrieved as well as strategies for more complex and durable learning.
For more on Gretchen Wegner

Want to be confident and feel less stress about school? Want last minute cramming for exams to be a thing of the past? Want a balanced and successful school life?

Marion’s vision is of a child, sitting in a classroom, with a smile on her face; happy and confident, self-assured, calm, and feeling able to “take on the world”.